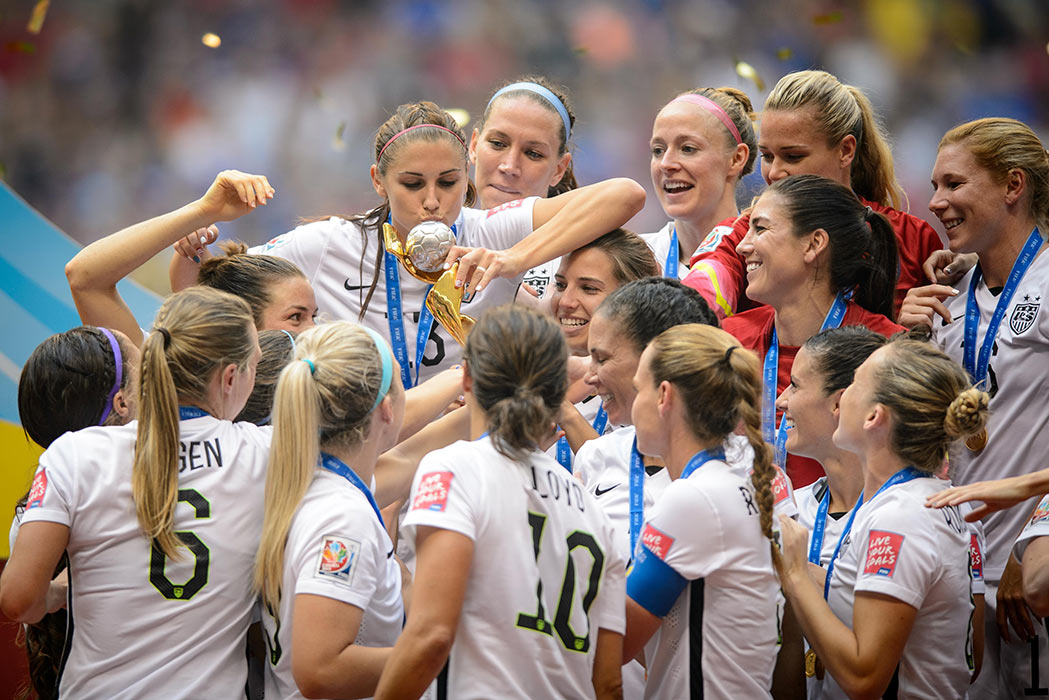 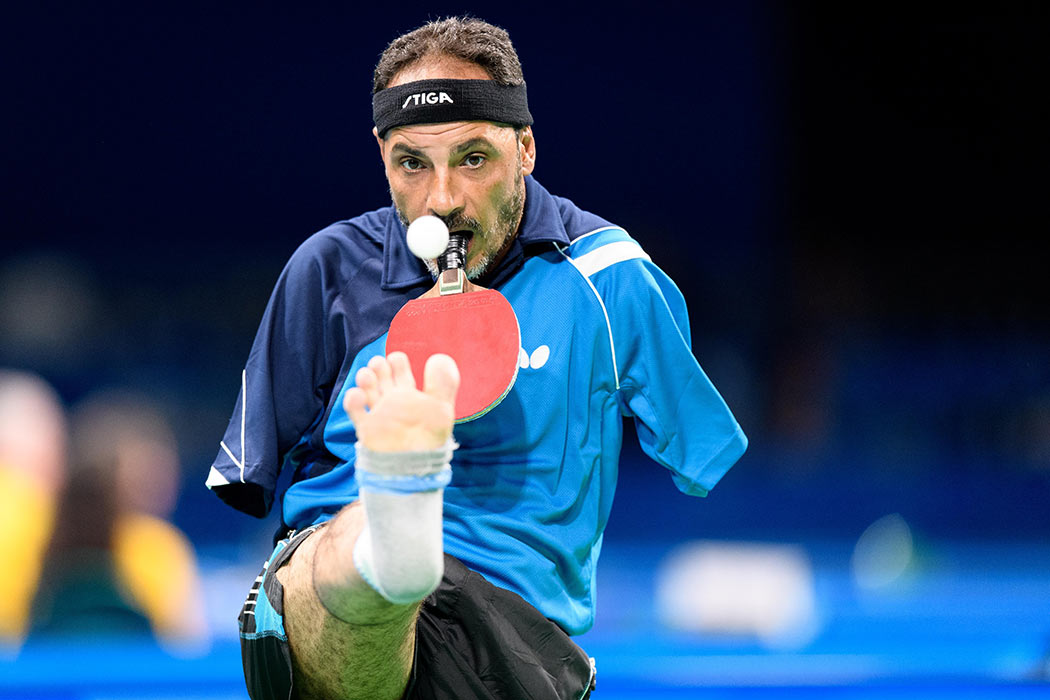 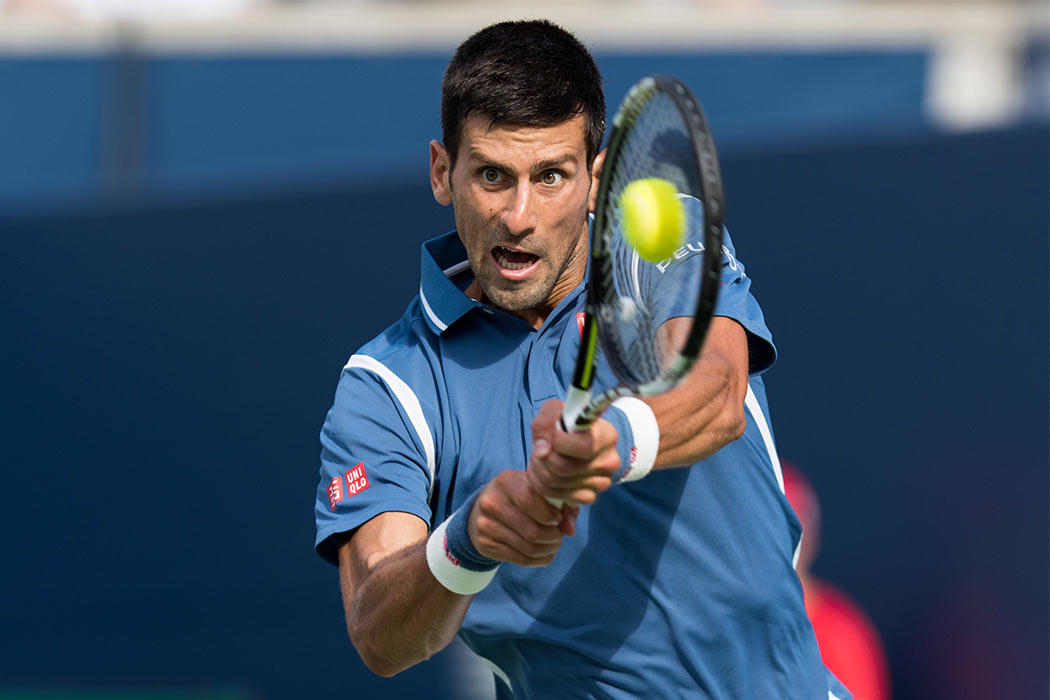 July 31, 2016: Novak Djokovic of Serbia & Montenegro returns the ball to Kei Nishikori of Japan during the Rogers Cup tournament final at the Aviva Centre in Toronto, Ontario, Canada on July 31, 2016. 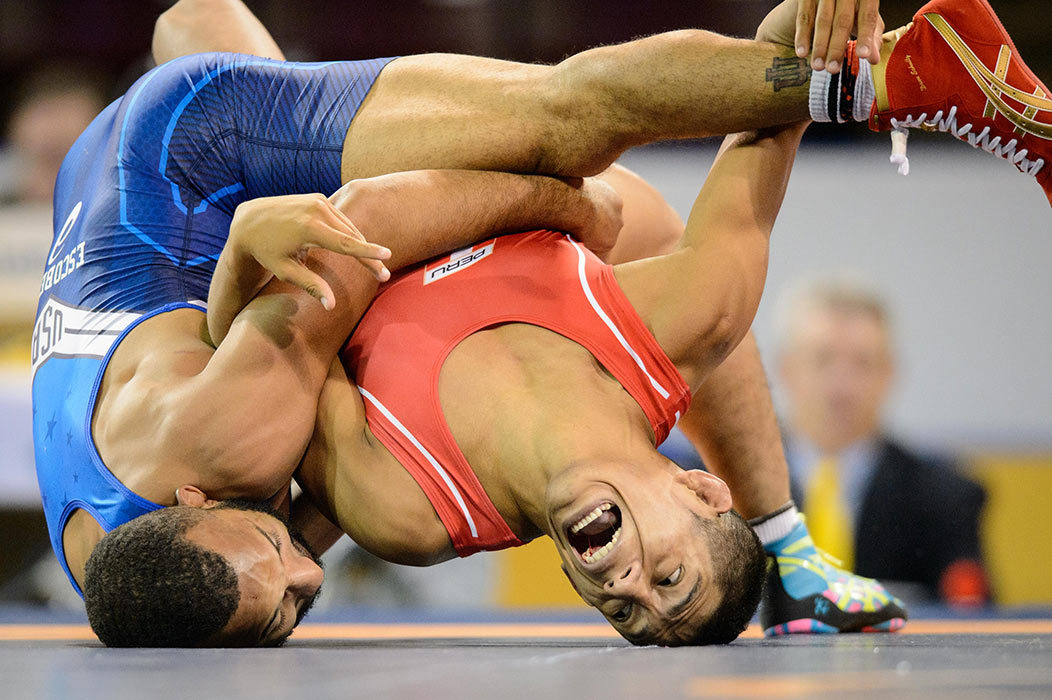 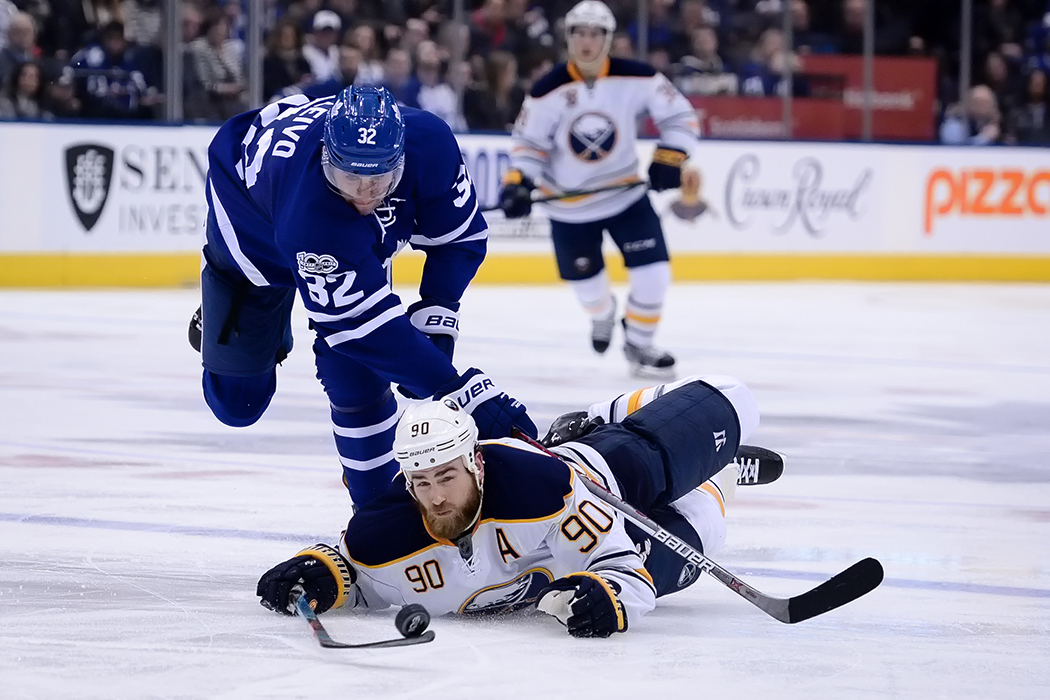 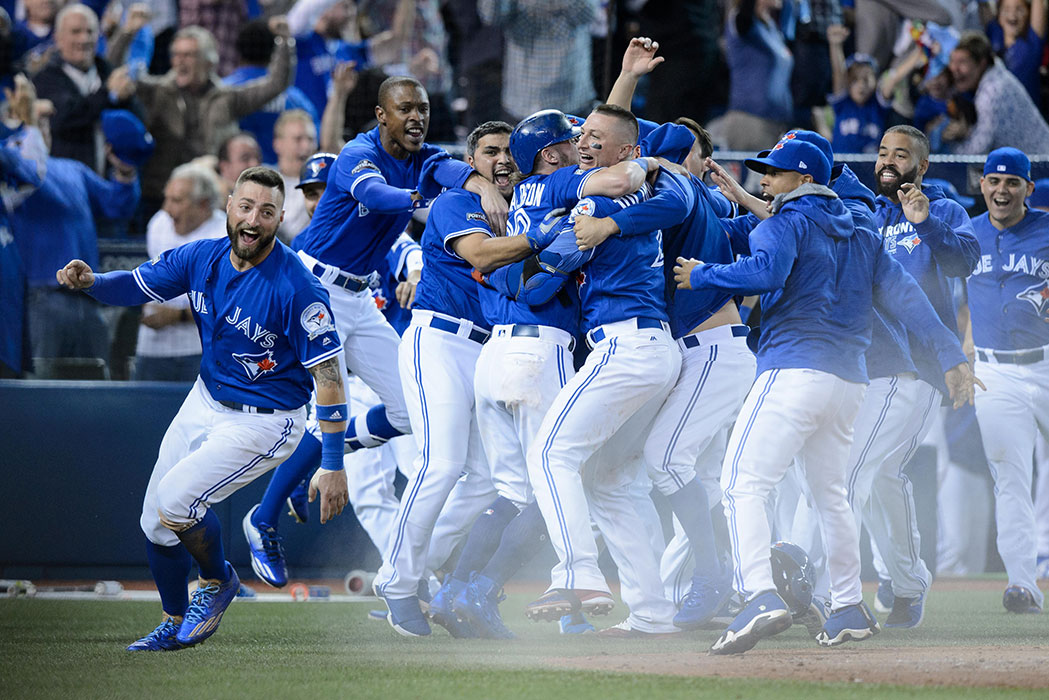 October 9, 2016: Kevin Pillar (11), Josh Donaldson, Troy Tulowitzki (2) and other Toronto Blue Jays players celebrate after winning the MLB ALDS Game 3 against Texas Rangers by a score of 7-6 in the tenth inning at Rogers Centre in Toronto, ON, Canada. 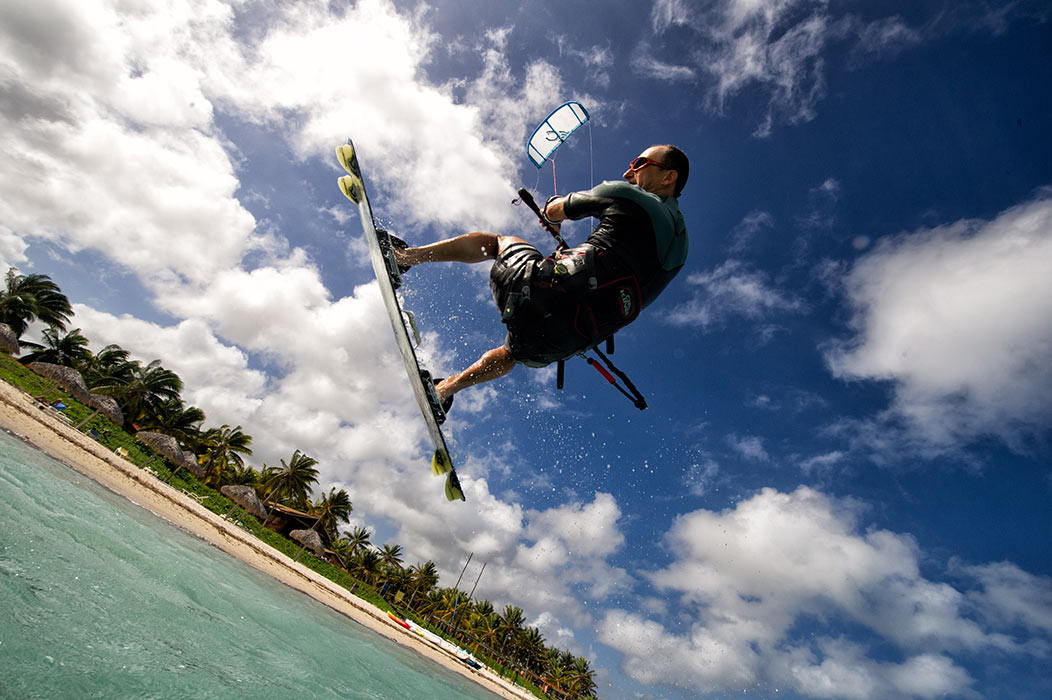 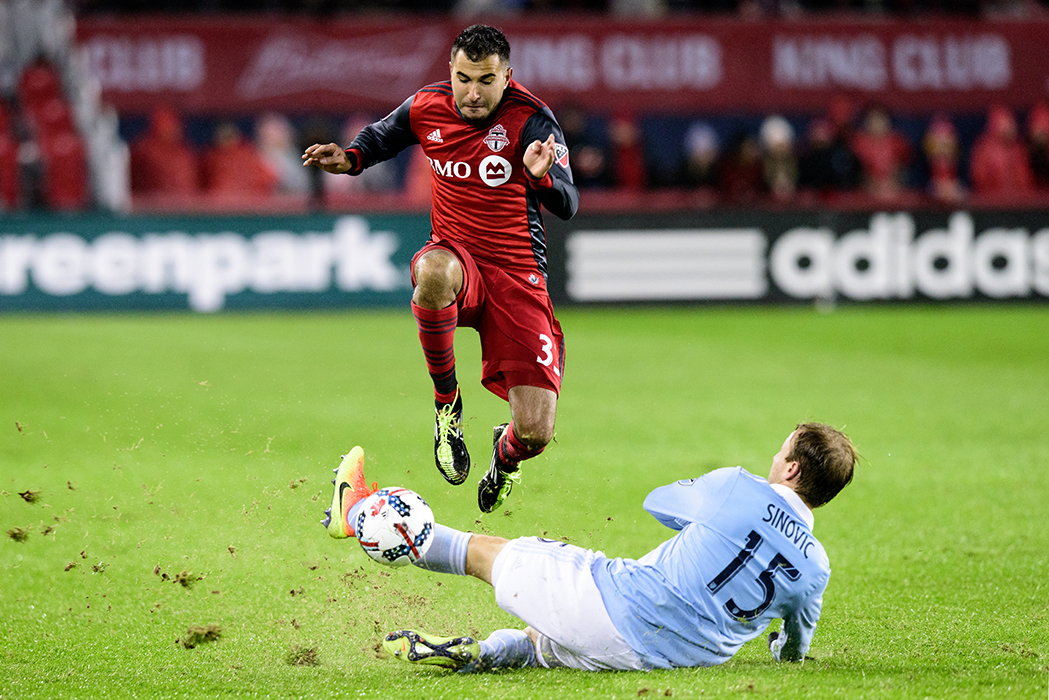 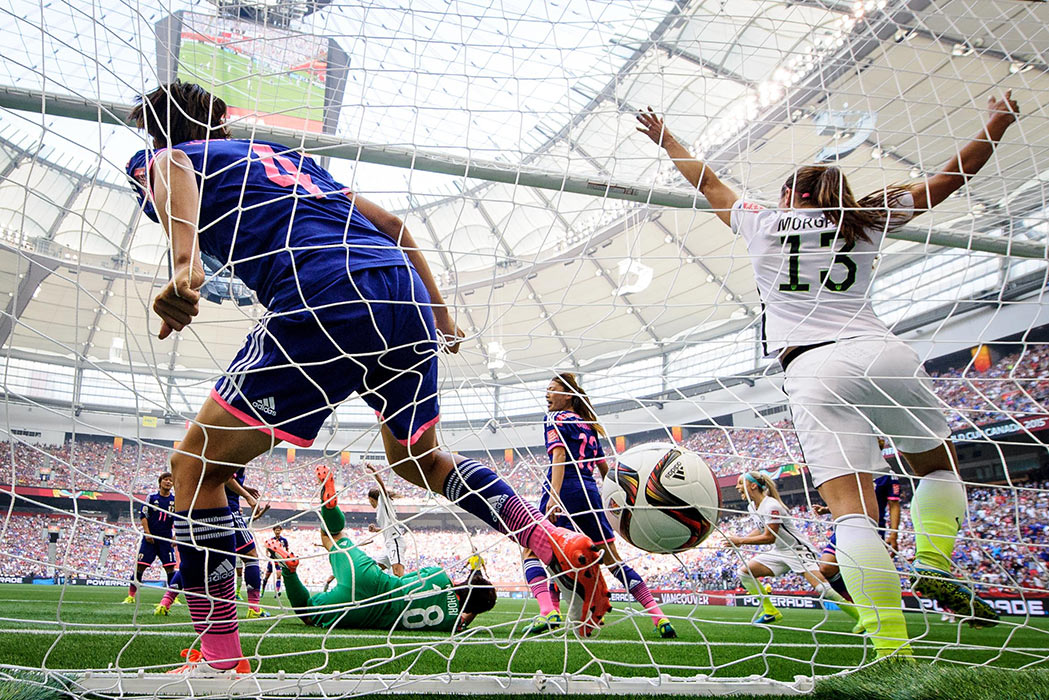 July 5, 2015: Alex Morgan (13) of the United States celebrates the goal scored by Tobin Heath in the 53rd minute of the 2015 FIFA Women's World Cup Final game between the United States and Japan at BC Place, Vancouver, Canada. 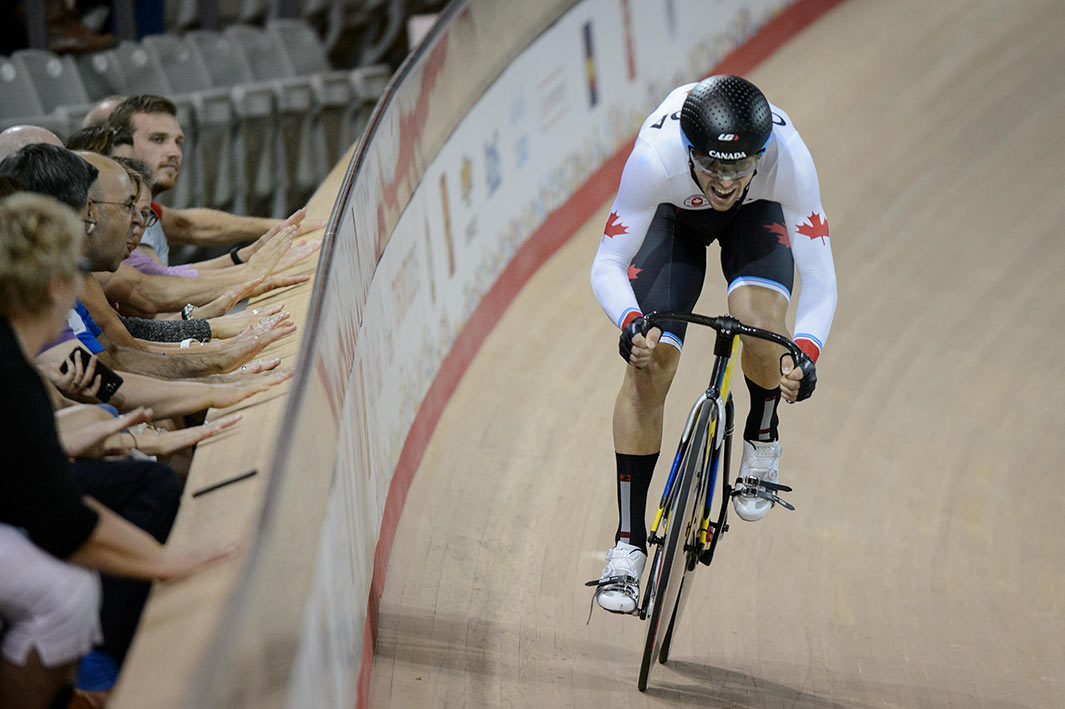 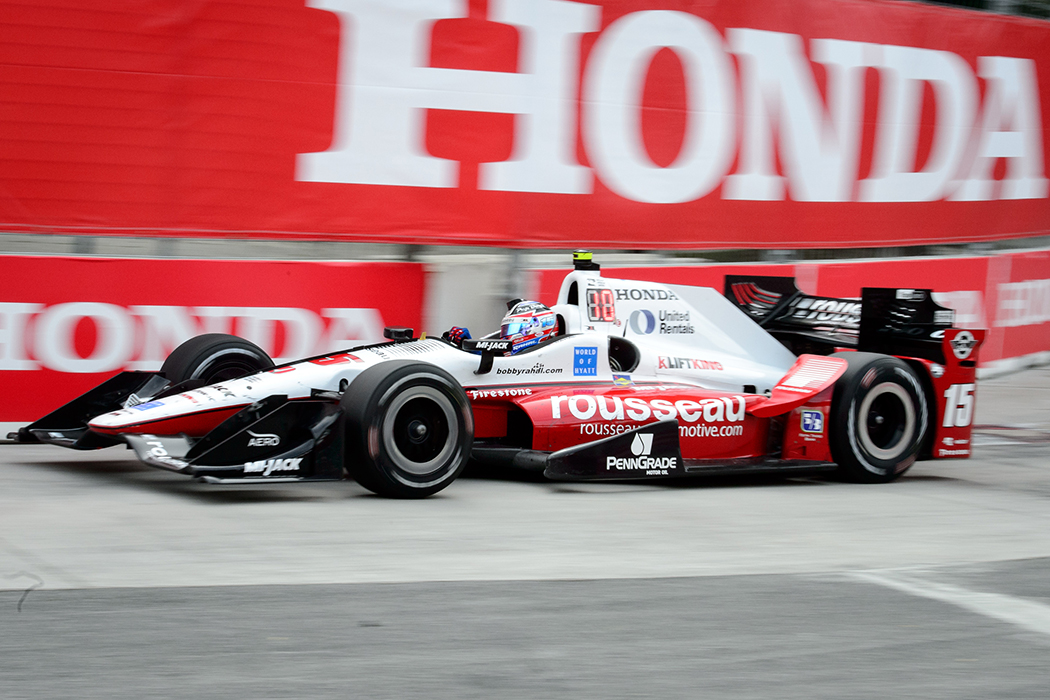 TORONTO, ON - JULY 16: Graham Rahal #15 of Rahal Letterman Lanigan Racing races during the Verizon IndyCar Series Race on July 16, 2017 at Exhibition Place in Toronto, ON, Canada. 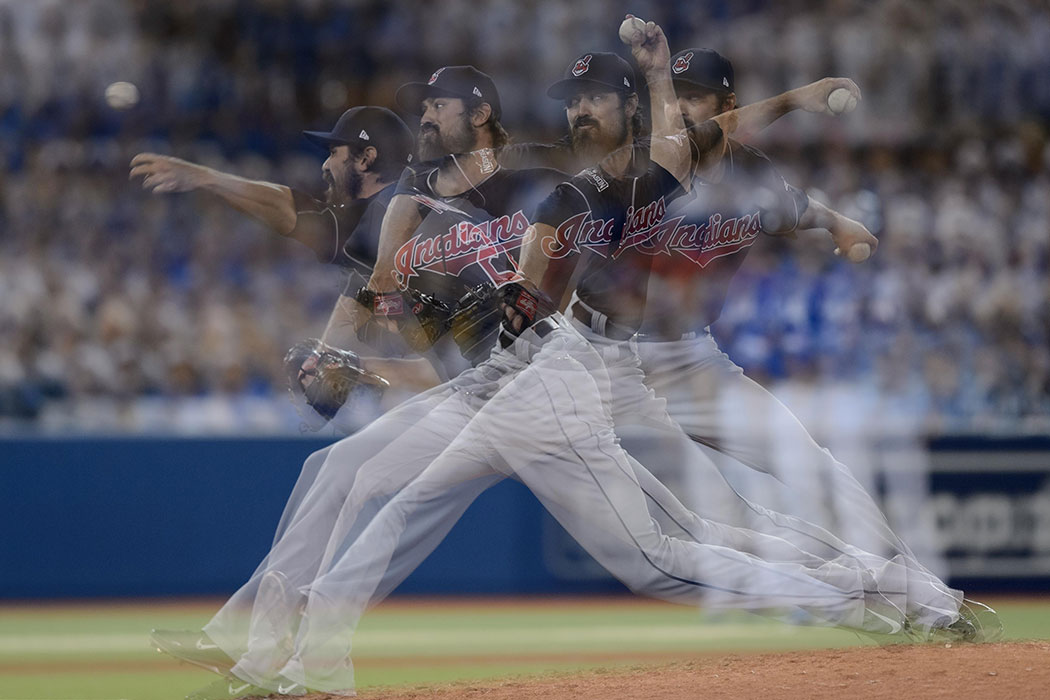 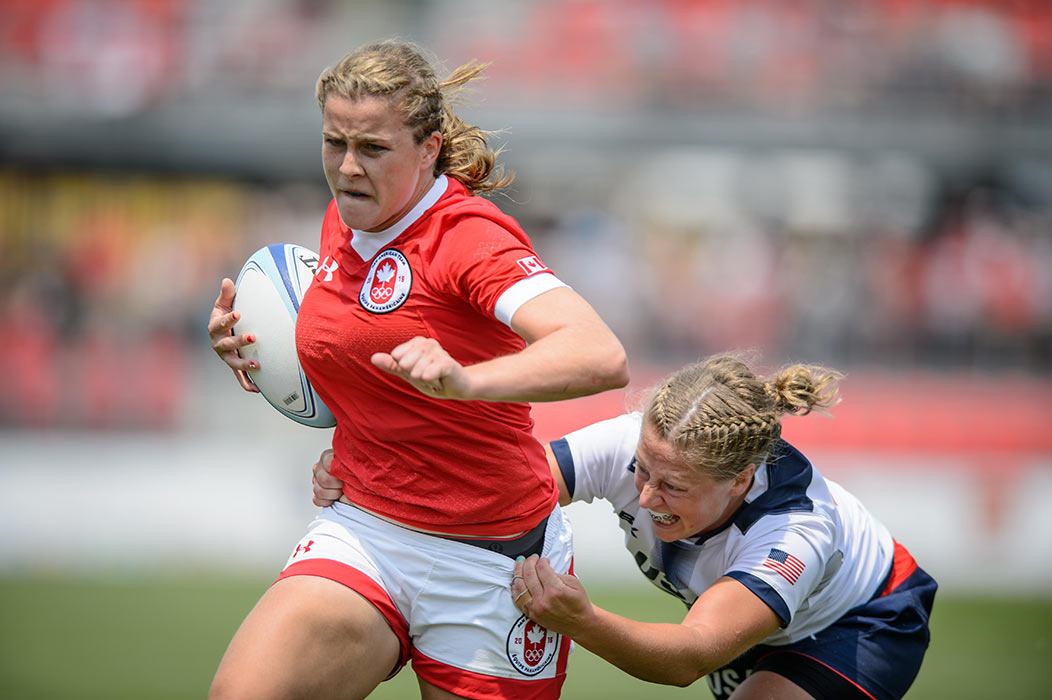 July 13, 2015: Nadejda Popov avoids a tackle from an American player during the rugby sevens final game between Canada and the United States at Exhibition Stadium in Toronto, Ontario, Canada 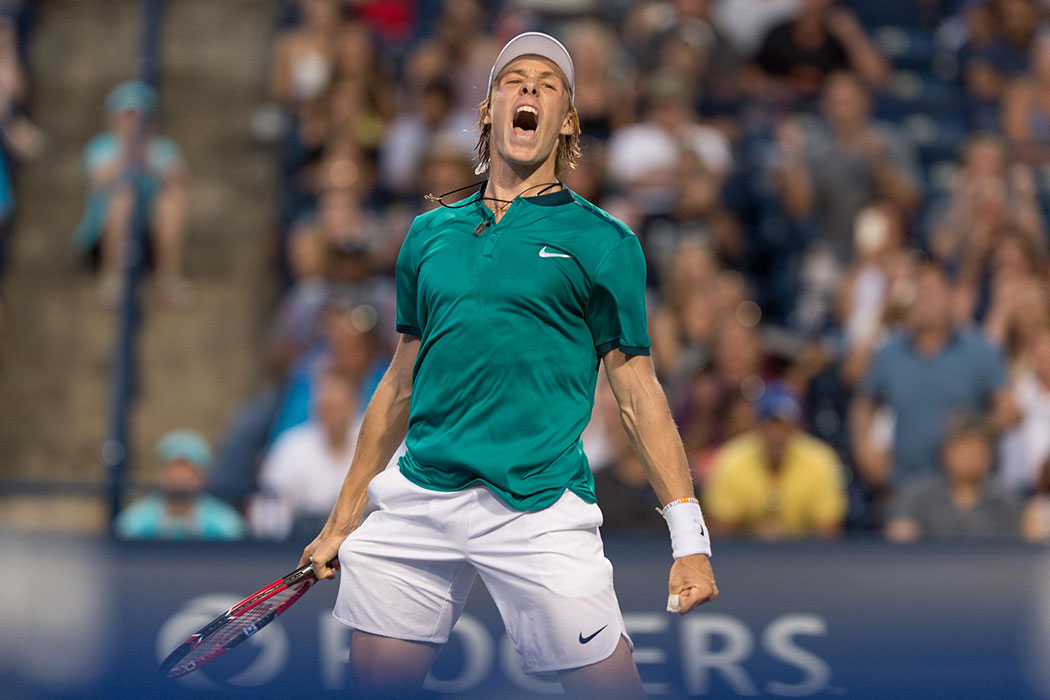 July 25, 2016: Denis Shapovalov of Canada reacts after winning his first round match against Nick Kyrgios or Australia during the Rogers Cup tournament at the Aviva Centre in Toronto, Ontario, Canada. 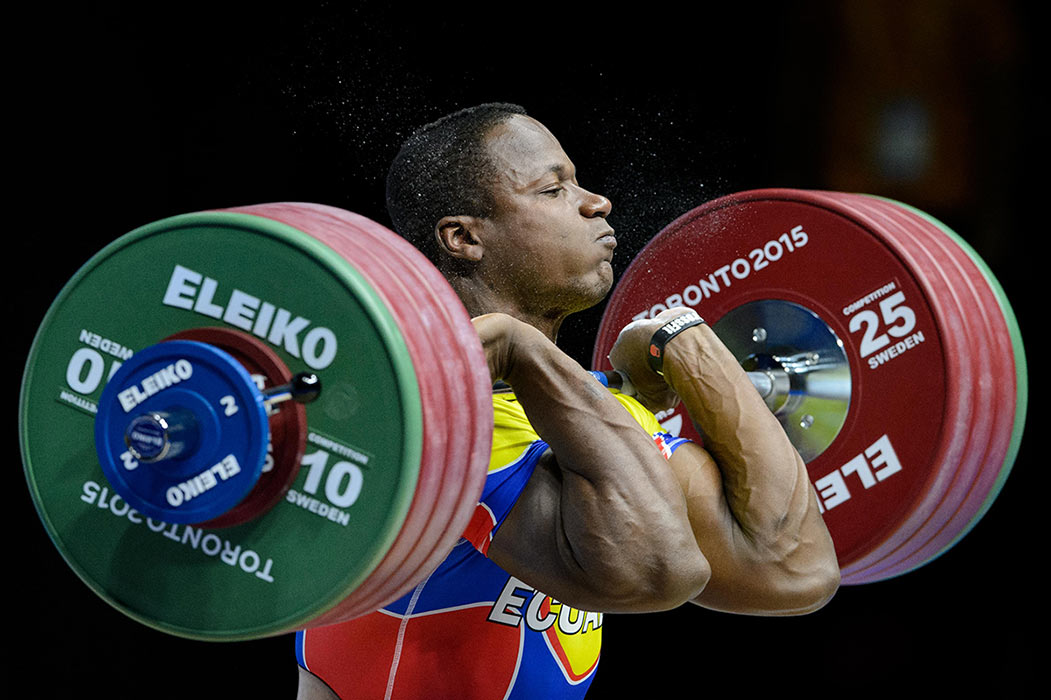 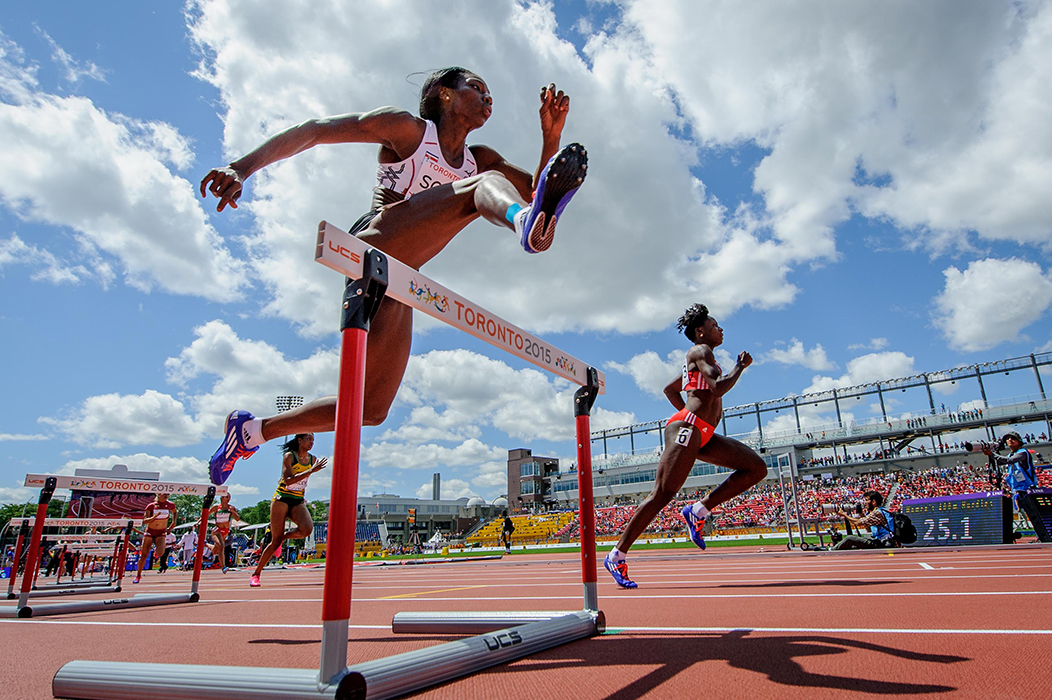 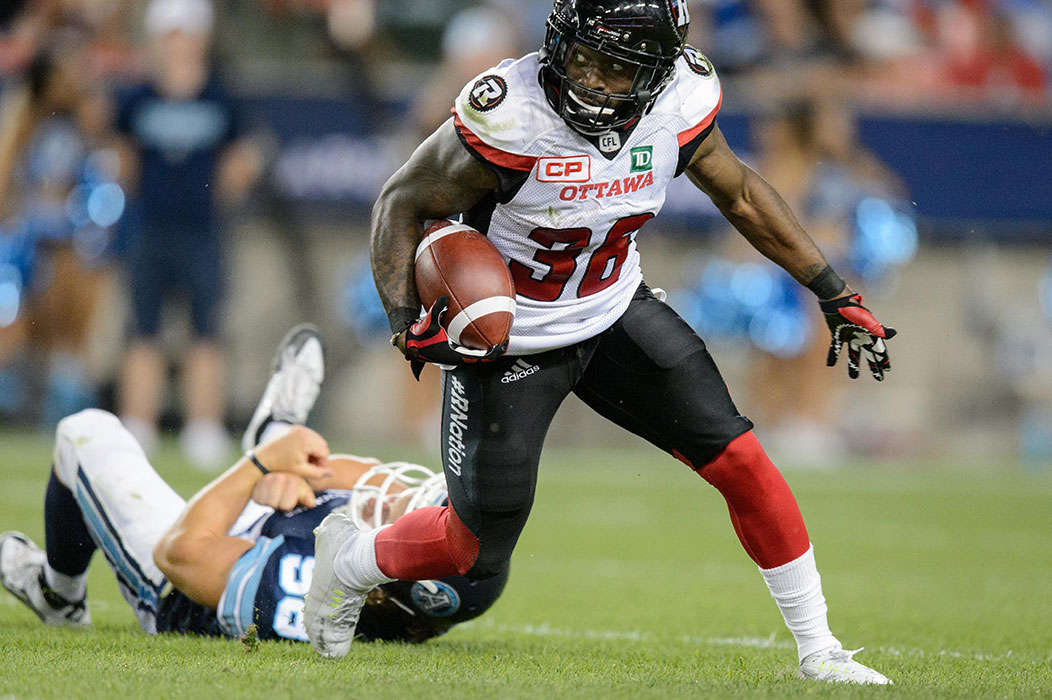 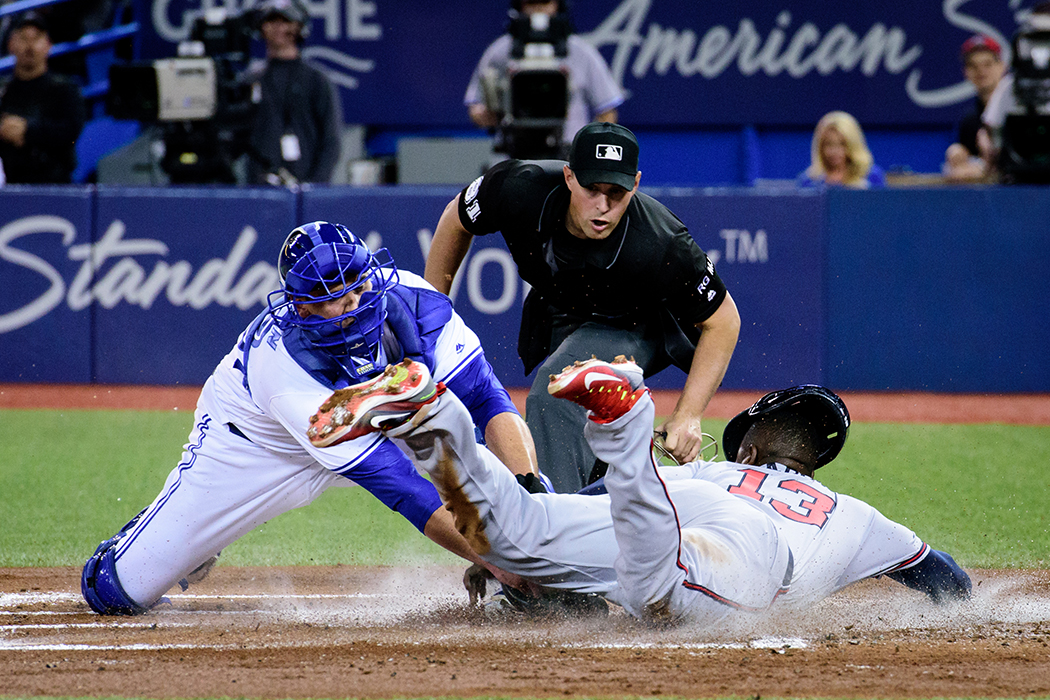 TORONTO, ON - MAY 15: Atlanta Braves Third base Adonis Garcia (13) dives into home plate and is safe during the second inning of the MLB regular season game between the Toronto Blue Jays and the Atlanta Braves on May 15, 2017, at Rogers Centre in Toronto, ON, Canada. 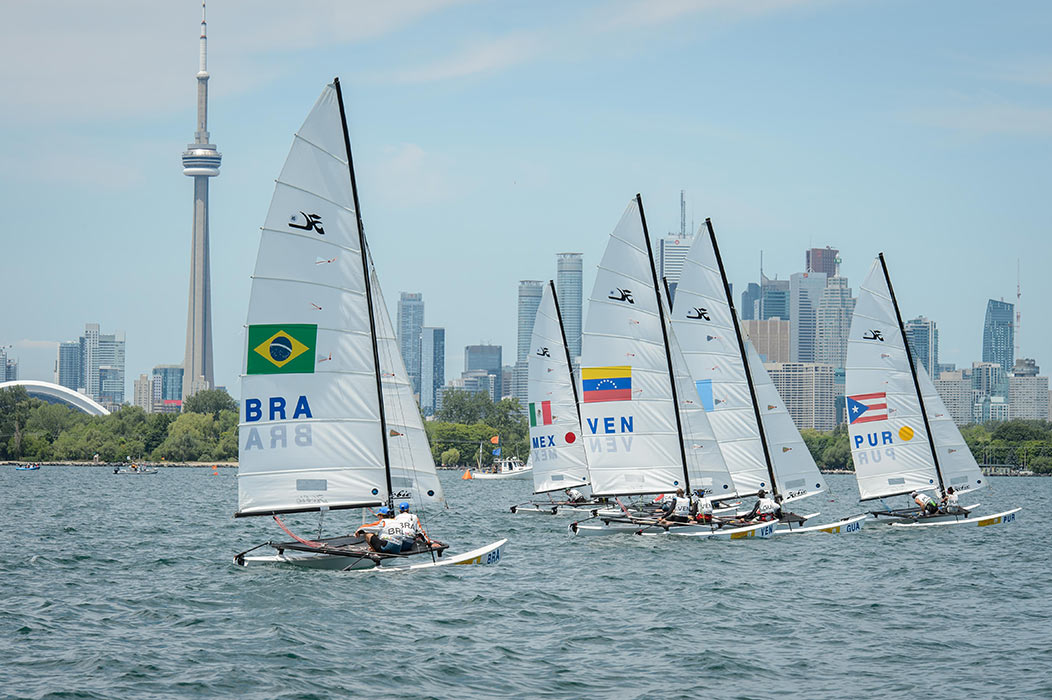